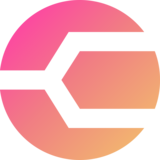 Commit is building the remote-first community for software developers.

Skip the tech interview at some of Silicon Valley's most impactful startups. Commit's Engineering Partner program lets you test startups for three months at a time until you find the perfect one. Some of our grads have grown into CTOs or joined companies as engineer #1 - unlock your potential.

We are a fully distributed, remote-first community, launched in Vancouver, with posts in Toronto, San Francisco, Mexico City, and more. We raised $6M from Accomplice, Inovia Capital and Jason Warner (former CTO @ GitHub).